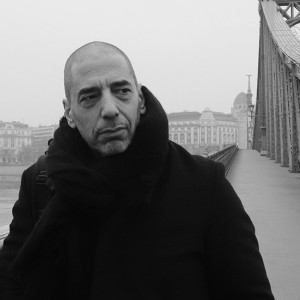 On the morning of January 20, 1905, eighteen-year-old Paulina Velas climbed to the deck of the Batavia and looked out at the horizon. Despite the cold air that made her shiver, she remained standing on the deck, wrapped in her old wool coat while her hands held the rain-soaked metal railing. Her nose still carried all the smells of sweat from third-class, and she breathed the fresh air deeply, standing in the cold wind. For three weeks now, since she’d walked up the gangway at Hamburg’s port, Paulina was packed into a small cabin. For days she was surrounded by gossip women, crying babies, and men trying to reach their hands out and touch her body, whispering disgusting words to her. But now she did not care about any of that. Paulina stood on the deck, crammed among all the people, and looked at the copper woman revealed to her through the mists of the morning. She had always heard stories about the statue standing at the port’s entrance, and now she finally saw her and wiped a tear of excitement from her cheeks. The long journey from her small hometown in Poland had come to its end.

As the ship passed the Statue of Liberty, Paulina noticed the huge buildings on the horizon. She had never seen such large buildings, but she knew it would take some more time before she could reach them. Before that, she would have to pass a health inspection, and she would be asked all sorts of questions, but she was not worried. She was young and healthy; she also practiced her English every night, “Yes sir” and “No sir” and “I want to live in America.” Her hand touched the lining of the coat gently, feeling the three hidden gold coins that her mother had given her before the trip, attached with a postcard with a distant relative’s address on one side and a painting of a ship and the Statue of Liberty on the other. Her eyes focused on the torch raised high and the crown on her head.

The whole deck was crowded with strangers who all mumbled with excitement at the sight of the new homeland, revealed to them through the fog for the first time.

Paulina did not know it, but there were more struggles for her to fight, women’s suffrage, to be equal to men, to always keep protecting democracy from the ones who wanted to smash it. But she was willing to fight for her new homeland, like all those millions of immigrants who came before her and the ones that would follow in the years to come.

I too am a foreigner. I sit in my small studio far away and watch the American nation with appreciation, for their bestowing of so many values to the world. And to me, to all of them, the essence of the American spirit is summed up in two lines embedded on a metal board at the foot of the Statue of Liberty:

“Give me your tired, your poor,
Your huddled masses yearning to breathe free…”

Neither nobles nor barons nor kings built America, but ordinary immigrants who carried a dream of freedom and democracy. In my opinion, the simple people are the power and strength of this mighty nation, even if the road there is full of bumps and difficulties that sometimes reach the doors of Congress.

These days, the American nation is appointing a new president.

These days are days of pride for the American nation.